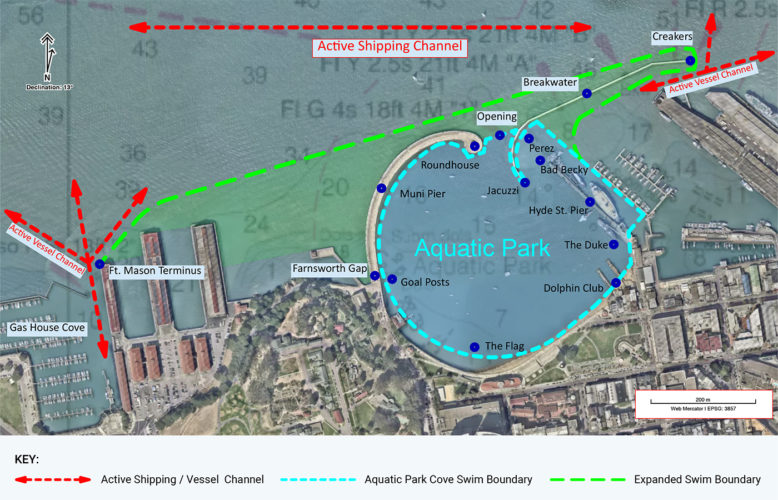 The permissible swim boundaries are expanded for swimmers who have been members for more than six months beyond “in cove” to areas outside of and alongside the Muni Pier extending west to alongside the northern terminus of the last Ft. Mason pier but not into Gas House Cove, and to the east alongside each side of the Breakwater that extends to the north of Pier 45, to and around its eastern terminus known as the Creakers. In no event shall a swimmer approach or come within the vicinity of any shipping channel.

© 2022 The Dolphin Swimming and Boating Club